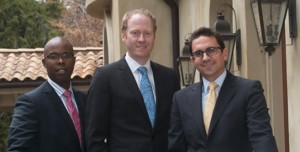 At Cash, Krugler and Fredericks, we represent families whose entire lives changed in an instant when unsafe elevators injured their children. These stories are devastating and as a result of what we’ve learned while representing these families, we’ve become so passionate about elevator safety that we traveled to Washington, D.C. to present evidence to the Consumer Product Safety Commission. We’ve seen the effects of entirely avoidable elevator tragedies and we will continue to work to prevent them.

We keep a close eye on elevator accidents. They occur more often than most of the public realizes. The simple function of an elevator – conveying passengers between floors – belies the complex machinery and design that goes into an elevator. Improperly maintained elevators are a recipe for disaster. The injuries sustained during a serious elevator accident can be severe and life-long.

This month, investigators in Istanbul found three instances of negligence that likely contributed to the death of ten construction workers. The workers were on site at a planned residential high rise when catastrophe struck. The elevator they were riding in crashed to the ground from the 32nd floor.

So far, investigators have found several preventable reasons for the deadly crash.

Ten families have lost beloved members. Ten families are in mourning because of callous disregard for safety. Our hearts go out to them.