Dave Krugler in the Atlanta Journal-Constitution

Dave Krugler’s guest column on black box technology in cars appeared in the Atlanta Journal-Constitution in September, 2013. He cited the case of a Cash, Krugler & Fredericks’ client who suffered injuries in a car accident. The firm could prove she was not at fault in the accident by accessing the data on the black box on her car, which provided unimpeachable evidence that she was not speeding. 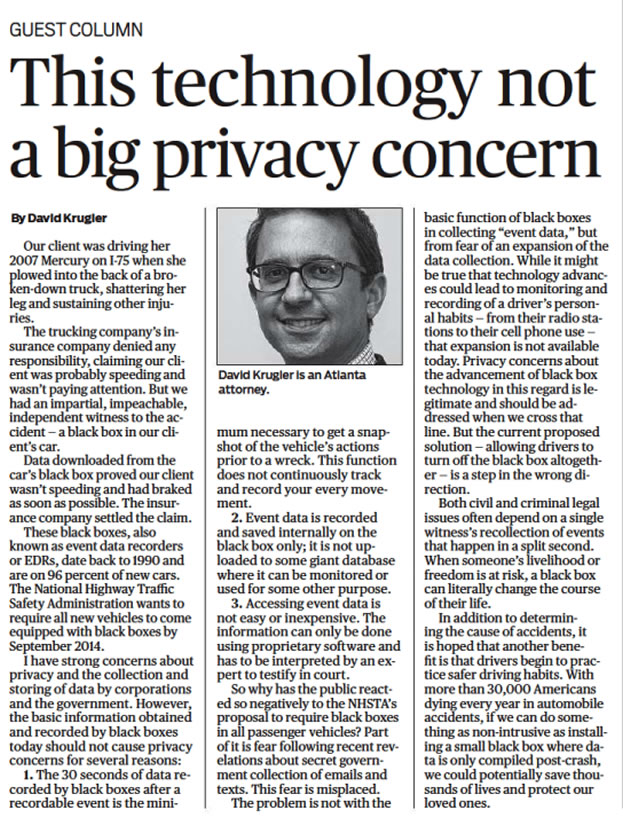