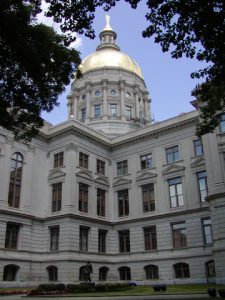 A Georgia Appellate court recently denied a state agency’s claim of sovereign immunity in a case involving the controlled burn of land situated near a highway. The controlled burn produced a substantial amount of smoke that impeded vision and caused several accidents, including the one that caused the death of a Georgia woman’s husband and son. The state agency claimed sovereign immunity under Georgia’s Tort Claims Act (GTCA). The trial court agreed but on appeal the woman successfully argued that the state agency was negligent in not informing the Georgia State Police that a controlled burn was being conducted near a highway in violation of state policies.

Why Does the State Have Sovereign Immunity?

Georgia, like virtually all other states in the union, has limited when an individual can recover from the state and how much the individual can recover. This is due to the large amount of responsibilities and areas in which the state operates. Without a shield against tort claims, the state could potentially be on the hook for limitless amounts of damages as it conducts its everyday activities and duties.

When Does the State Have Immunity?

Employees and officers of the state of Georgia are entitled to sovereign immunity in all cases except those waived under the GTCA. This means that unless your claim meets a certain exception under the GTCA, you are barred from recovering against the state. Employees who exercise discretionary decision making cannot be sued for exercising their authority, nor can an agency be sued for failing to enforce or for enforcing a law. The GTCA also sets out 13 specific situations in which the state does not waive immunity.

It is difficult to generalize exactly when the state has waived its immunity. The GTCA was only passed in 1992 and is in constant flux. Much of the language of the statute is constantly being interpreted by Georgia courts as the case cited above illustrates.

Sovereign Immunity Claims Can Deny You Recovery You Need

State entities and their agents employ claims of sovereign immunity to your detriment when they have caused an accident or contributed to one. While there may be sound policy reasoning behind the limited immunity that state actors and agents have that is little consolation to the people who suffer at the hands of the state. An experienced attorney may be able to help navigate the treacherous waters that are torts against the state of Georgia.

If you have been injured due to the negligence of a Georgia state agency or a Georgia state employee, you should contact the attorneys at Cash, Krugler & Fredericks, LLC. They can assist you in all of your legal needs and help you get the compensation you need in order to recover from your injuries. Do not attempt to go up against the state of Georgia alone. Contact us today at (404) 659-1710 to schedule a confidential consultation about your claim.

The Elderly and the Cost of Traumatic Spinal Cord Injuries

Are You At Risk For Chrysler Defect Injuries?