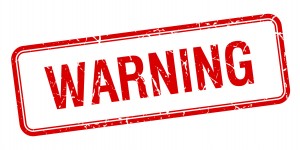 This year, hoverboards are the “hot” holiday toy – so hot, they are actually catching on fire after exploding.

In the U.S., the Consumer Product Safety Commission (CPSC) is investigating incidents of the self-balancing skateboards bursting into flames, and in Great Britain the National Trading Standards seized more than 15,000 hoverboards declaring them a major safety risk.

Product safety and defective product cases can be tough to litigate. Manufacturers fight liability claims, even when the defect is nearly indisputable. If the product is not made in the U.S., the case becomes even more difficult. The “strict liability” doctrine protects consumers from defective products manufactured in the United States. However, the problem with defective imported goods is that foreign manufacturers generally can’t be sued here. Many states have laws that allow injured consumers to sue the U.S. company that imported the product. However in Georgia, the law says that unless the consumer can prove that the importer was negligent and should have known that the product was defective, only the product’s manufacturer or designer can be held liable. Proving that is virtually impossible since the U.S. importers receive the product already boxed up and don’t test them.

What this means is that U.S. companies can go to China or other countries for an inexpensive, low quality product, ship it to the U.S., put their name on it and brand it as their own. Then if it is defective and harms someone, they get to keep the profits and have no responsibility for injuries.

What new products are you planning to buy this holiday season?