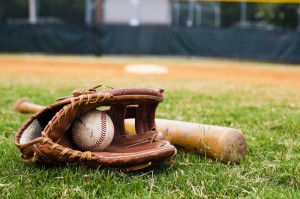 Major League Baseball Opening Day is April 3rd. Players will step up to the plate to use everything they’ve got. No matter how strong they are, they’re still at risk for injuries on the field, including concussions. As we’ve said before, there is no such thing as a minor injury to the brain.

No matter what age, athletes face the risk of concussion in sports. While most associate concussions risks with football, the fact is that soccer has a very high incidence of concussions which are often more severe. The most vulnerable group in sports are younger players. High school athletes, especially, are at risk. This is why coaches, officials and parents must be familiar with the signs and symptoms of concussion. They must also err on the side of caution. Concussions and other traumatic brain injuries can be hard to diagnose – the symptoms are subtle and nonspecific most of the time.

The focus on safety has increased. Just the same as the NHL and NFL, the MLB has adopted a concussion protocol. A committee of experts created the policy, which will oversee the manner in which concussions are diagnosed initially and will be used to determine when players and umpires can return to the field following a concussion. Professional sports organizations have recognized that concussions are not benign – they have long-lasting, degenerative effects. Just last week the NFL acknowledged, for the first time, the link between football and chronic traumatic encephalopathy (CTE) – a progressive, degenerative brain disease.

Head injuries can cause extensive damage to an individual. The National Institutes of Health defines a traumatic brain injury (TBI) as an acquired condition that occurs when a sudden trauma causes damage to the brain. A TBI can be caused by a violent blow or jolt to the head. But it can also occur without a violent blow in which a person’s skull is subjected to rapid acceleration or deceleration, which we commonly see in rear-end collisions.

Cash Krugler Fredericks has vast experience representing individuals who have suffered traumatic brain injuries as a result of violent impacts or injuries. Cases involving TBIs present several unique challenges in litigation and must be handled by a skilled litigator – not someone who believes one call will solve the problem.

When you or your children are playing sports, make sure to wear all the regulation equipment properly, follow the rules of the game and err on the side of sitting it out if there’s any concern about a concussion or head trauma. Remember to play safely. If you or someone you know has suffered what you believe to be a brain injury, feel free to reach out to us after seeking medical attention.