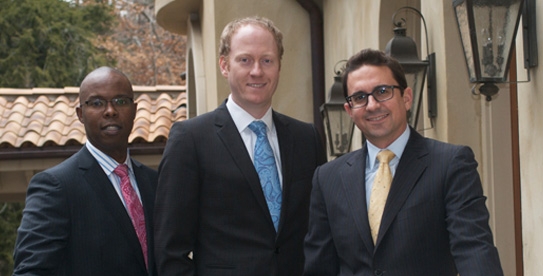 For those that suffer a severe TBI, the effects may last the rest of their lives. These may include impaired thinking, movement, hearing or speaking, as well as personality changes and struggles with depression. The physical and emotional toll of a traumatic brain injury affects the injured individuals along with their families and communities.

Traumatic brain injuries are a major cause of death and disability in the United States. Every year, millions of people visit the emergency room, are hospitalized or die in association with TBI. Even mild TBIs, which are the most common, can have profound consequences for patients and their families.

TBIs are caused by a bump, jolt or blow to the head. Falls are the most common cause of TBIs for middle-aged adults and young children. For 15 to 44 year olds, the most common cause of TBI is car accidents. Most TBIs are emergencies and require immediate medical attention. The earlier these injuries are diagnosed, the better the outcome. Without treatment, injuries to the brain can quickly worsen.

Even after decades of research, we are still learning a great deal about the complexity of our minds. The growing, but limited, knowledge of our brains and brain injuries presents unique litigation challenges in cases of traumatic brain injury. Often, individuals who suffer TBI are left with incomplete medical records – some initial medical records may not even mention head injury. So, in August we were thrilled to see a new development in the field of brain injury diagnosis.

Although experts agree that quick diagnosis is vital, the subtle and non-specific nature of many TBI symptoms makes them hard to recognize. Existing TBIs may not appear in a CT scan or an MRI; as a result, many TBIs go undiagnosed and untreated. The longer treatment is postponed, the more damage an injured brain may suffer.

In what we hope will be a fruitful collaboration, Chicago-based Abbott Laboratories and the Department of Defense have begun a multiyear partnership to develop a new diagnostic test for brain injury. During the next two years, Abbott will work to create a portable blood test. Following a brain injury, certain proteins (known as biomarkers) are released into the bloodstream. The tests will work in concert with the i-Stat, a handheld diagnostic device already in use by the US military for other purposes.

Brain injuries are a big concern for the armed forces. Since 2000, 30,000 troops have been diagnosed with TBIs. The majority of TBIs in the military are caused by non-combat assignments during training, accidents or because of illness. Quicker diagnosis will aid in removing injured soldiers from duty and preventing further injury.

For soldiers and civilians alike, quick diagnosis and appropriate treatment can lead to drastically better outcomes in some cases. Technology that proves a head injury occurred could further ensure that injured individuals get access to the compensation they deserve.