The Super Bowl is almost here. While most of America is stocking up on cold drinks and snacks to serve on the big night, the Seahawks and the Patriots are watching tapes and running drills. The pros have a job to do while the rest of us gear up for the Big Game.

Football is a rough game, much beloved by fans and players. Loyal football fans are ready to watch a close game, full of big hits and hard-fought downs. But we wonder if the anticipated hits will look a little different this year.

Concerns over head injuries sustained playing football have grown over the last decade. Years ago, a player who suffered a mild concussion might’ve been described as “having his bell rung” and sent back onto the field after a short break. Our fears for players and their safety has grown as our understanding of brain injuries and concussions increases.

Respected, retired NFL players’ high profile and heartbreaking suicides have been linked to brain damage stemming from concussions suffered during games. And the tragedy doesn’t just affect the pros; college ballplayers have suffered greatly, too.

Thousands of former NFL players came together to sue the league in a class action suit over injuries related to concussions. The two sides have yet to come to an agreement and continue to battle in court.

In the last few years, there’s been a push to make football a safer game. The NFL has compelling reasons to tackle the issue of concussions. Among them is the decline in participation rates in youth football across the nation. Football is fun, but is it worth you’re the potential injuries? It’s a question that parents and kids take seriously and an issue that has led kids to other sports.

So the NFL, along with Under Armor and GE, has given $500,000 grants to 20 researchers who are studying ways to cut down on concussions. Nineteen of the researchers are focusing their efforts on mechanics like tougher helmets, improved concussion metrics or softer turf. Only one researcher, Erik Swartz, a University of New Hampshire professor of kinesiology, is attempting to address concussions through changing behavior. 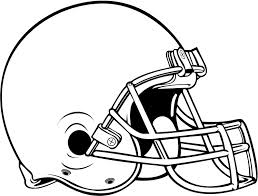 Swartz’s first idea? Ditch the helmet. It sounds like a dangerous and needlessly risky move, but it has a surprising impact. Football players often use their head like a weapon, smashing into opponents head on. That’s easy enough when you feel protected by a helmet. But as we’ve seen, a helmet isn’t  protection against concussions. Swartz hopes that teaching safer tackling techniques will help reduce the incidence of concussions.

The impetus for Swartz’s plan came from his experiences playing rugby. Rugby is a brutal game and there’s little to no padding. Players tackle fiercely, but use techniques that (mostly) keep their heads out of harm’s way. Players are taught to get their heads to the side, out of the way, and to make contact with their shoulders, while wrapping their arms around their opponent to bring them down.

Swartz may be the only researcher testing rugby techniques in football, but he’s in good company. Seattle Seahawks coach Pete Carroll and his staff are teaching the same system of rugby tackling. Their attempts were applauded by Commissioner Roger Goodell, who said, “We are passionate about teaching this kind of tackling.”

The Super Bowl will put a spotlight on the Seahawks and their system. Here’s hoping it proves to be a safer one.