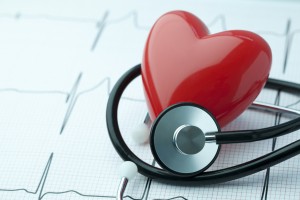 Food tainted with Listeria bacteria continues to dominate news cycles in the United States. The latest food feared to be contaminated is sunflower seeds, present in several well-known and prominent brands. While no one is known to have become sick or died yet, this comes on the heels of another recall of major brands of frozen fruits and vegetables where at least two people have died from Listeria and over 80 have been hospitalized.

What is Causing These Recalls?

Listeria, or Listeria monocytogenes, is a bacteria is that infects humans through contaminated food. It has gained publicity in the past decade as scrutiny of food preparation in factories has increased. The infection causes short-term problems such as high fever, abdominal pain, diarrhea, headaches, stiffness and nausea; classic symptoms of food poisoning. While the infection is not usually considered deadly, it does often lead to hospitalization. However, those with compromised immune systems such as pregnant women, the elderly, children, and those with chronic conditions may be at a higher risk of serious injury, including death.

The Centers for Disease Control estimate that there are 1,600 illnesses and 260 deaths each year in the United States due to listeriotic infections. The true numbers infected by Listeria are unknown however. The severity of such symptoms varies from person and person, and even if a person has eaten food tainted with Listeria, proper food preparation such as heating the food at high temperatures will often kill off the bacteria. Even those who do become sick may not realize that they are sick due to tainted food.

A Recall is Not Enough

Just because a food has been recalled does not automatically mean that a company will admit that they are at fault for a person’s injuries. Even if a company has voluntarily recalled their products does not mean that there is a presumption of guilt on their part if a person claims that they became sick due to consuming the product. While it certainly will help a person’s claim against a company with a recalled product, the issue of causality must still be shown before there is any hope of recovering for damages.

Consult Those with Experience

This is why it is important to have veteran attorneys on your side who can guide you through the process and complexities in a defective products liability case. The attorneys at Atlanta based Cash, Krugler & Fredericks LLC have dealt with numerous defective products cases over the years and know how to help you recover for any injuries and suffering you may have experienced. Contact them today at (404) 659-1710 or online at info@ckandf.com.