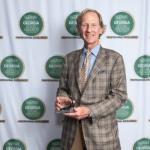 Congratulations to Phil Henry who was recently honored with a Lifetime Achievement Award from ALM and the Daily Report for his many years of dedication to clients and the profession.  The 2022 Georgia Legal Awards dinner and ceremony was held at Flourish Atlanta where friends and family joined to celebrate Phil’s accomplishments.   Great job,… Read More »

On July 31, 2020, we posted about a special investigation by WSB-TV that involved a pending appeal by the City of College Park in one of our cases concerning a Georgia law that limits recoveries for victims of governmental negligence, specifically as it relates to motor-vehicle collisions. Under a 2010 Georgia law, O.C.G.A. §… Read More »

A Texas nurse injured at the hospital where she works recently filed an elevator accident lawsuit against her employer, claiming the company and its elevator maintenance contractor were negligent and caused her serious injuries. The personal injury lawsuit names Fort Worth-based John Peter Smith Hospital and the hospital’s former elevator contractor Thyssenkrupp as defendants… Read More »

Massachusetts police recently arrested the 23-year-old driver of a truck involved in a deadly collision with a group of motorcyclists in which seven of the riders were killed and three others were severely injured. The driver, who was from Massachusetts, struck the victims while driving in New Hampshire and had been a fugitive from… Read More »

Trucking is the lifeblood that keeps industry moving in America. Nearly 70% of all freight moved in the country is done so by truck. With so much being moved by so many large commercial vehicles, the risk of truck accidents on America’s roadways is high. For this reason, the federal government has adopted and… Read More »

Multiple sports fans were recently injured after an escalator malfunction at KFC Yum! Center in Louisville, Kentucky. The accident took place as fans exited the area after viewing the University of Louisville women’s basketball team defeat University of Connecticut. The incident marred what was the largest crowd in attendance at a women’s college basketball… Read More »

A young boy was seriously injured at a Chicago-area Macy’s store when his foot became trapped in an escalator, requiring hospitalization and resulting in the machine being shut down for inspection while emergency responders investigated the incident. Management for the Macy’s store say they already addressed violations cited by the Chicago Building Department that… Read More »